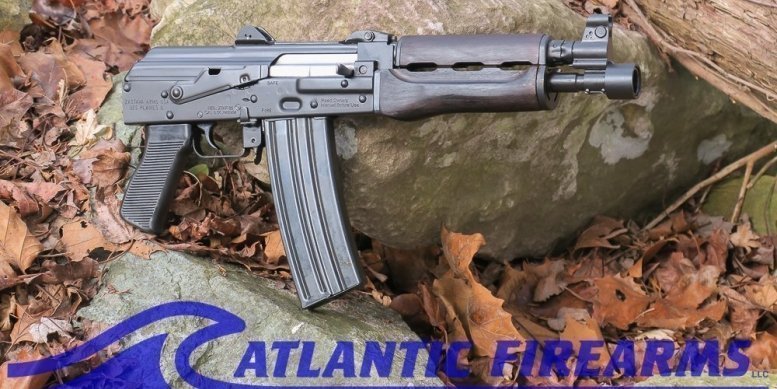 The New Zastava Arms USA AK pistol type ZPAP85 .556 series was based on the battle tested M70 automatic rifle but in a much more compact size.

he ZPAP M70 rifle has all of the hard working features you are looking for on the AK 47 sporting rifle. The ZPAP has an impressive list of features like Hammer forged barrel

Zastava Arms is a Serbian based Arsenal and was founded in 1853 in Kragujevac, Serbia. Zastava Arms started making cannons and has grown into world wide supplier of firearms and artillery for both Military and civilian markets exporting to over 40 diffrent country's. They produce a wide a variety of pistols, sporting rifles and their famous Zastava M70  Kalashnikov rifle.  Zastava Arms USA was founded in 2018 with the intention to increase the awareness of the Zastava product lines inside the Unites States. ZAUSA wanted to be able to provide Factory sales and support right here in the US for their quality firearms. The goal is not to only sell firearms but to build the brand and promote history of Zastava Arms factory. Zastava Arms USA believes that good quality product has to be supported with good customer service and spare parts a dramatic shift from the previous distribution model. Zastava Arms USA management has decades of business experience, years of military service and knowledge about Zastava Arms products and that is why ZUSA will make the difference in the world's largest firearms market. The new ZUSA recipe of US Sales and Service plus the Legendary reputation of Zastava Arms provides a winning selection for US shooters.

Zastava USA will be offering their popular ZPAP M70 AK47 Rifle series and the AK47 Pistol PAP. If you are looking for a Sniper rifle chambered in the proven 7.62x54R round check on the M91 Rifle. Their historical series of M57 Tokarev pistols are offered in multiple finishes including chrome. If you are looking for a modern pistol the EZ9 9mm Pistol series may be the one for you.