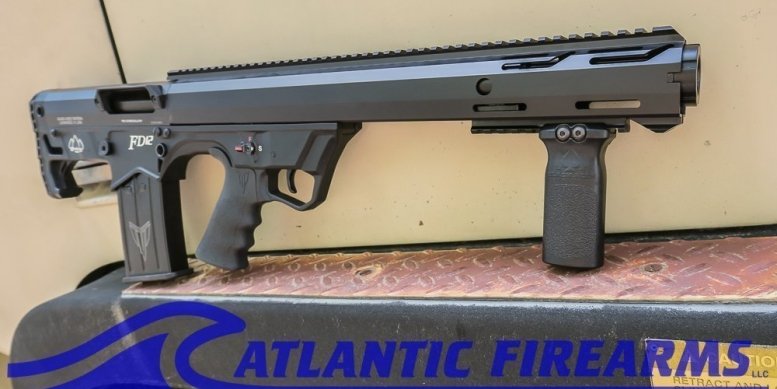 The Black Aces Tactical Bullpup Pump Shotgun is 12 gauge and will cycle both lethal and non lethal ammunition.

This compact shotgun is semi automatic and fantastic for HOME DEFENSE

The BP-12 Bullpup shotgun setup reduces the overall length and weight substantially while not sacrificing barrel length and velocity.

The shotgun is a versatile firearm designed to normally be fired from the shoulder. Shotguns use the energy of a fixed shell to fire a number of small pellets called shot, or a solid projectile called a slug. Shotguns come in a wide variety of sizes, most popular being 12 gauge and 20 gauge. Shotguns also come in a range of firearm operating mechanisms, including breech loading, single-barreled, double or combination gun, pump-action, bolt, lever-action, revolver, semi-automatic, and even fully automatic variants. There are some great Home Defense Shotgun choices that are semi auto Magazine Fed Shotguns. Here at Atlantic we carry a wide variety of shotguns to include AK47 Shotgun, AR15 shotguns, and other Tactical Shotguns.